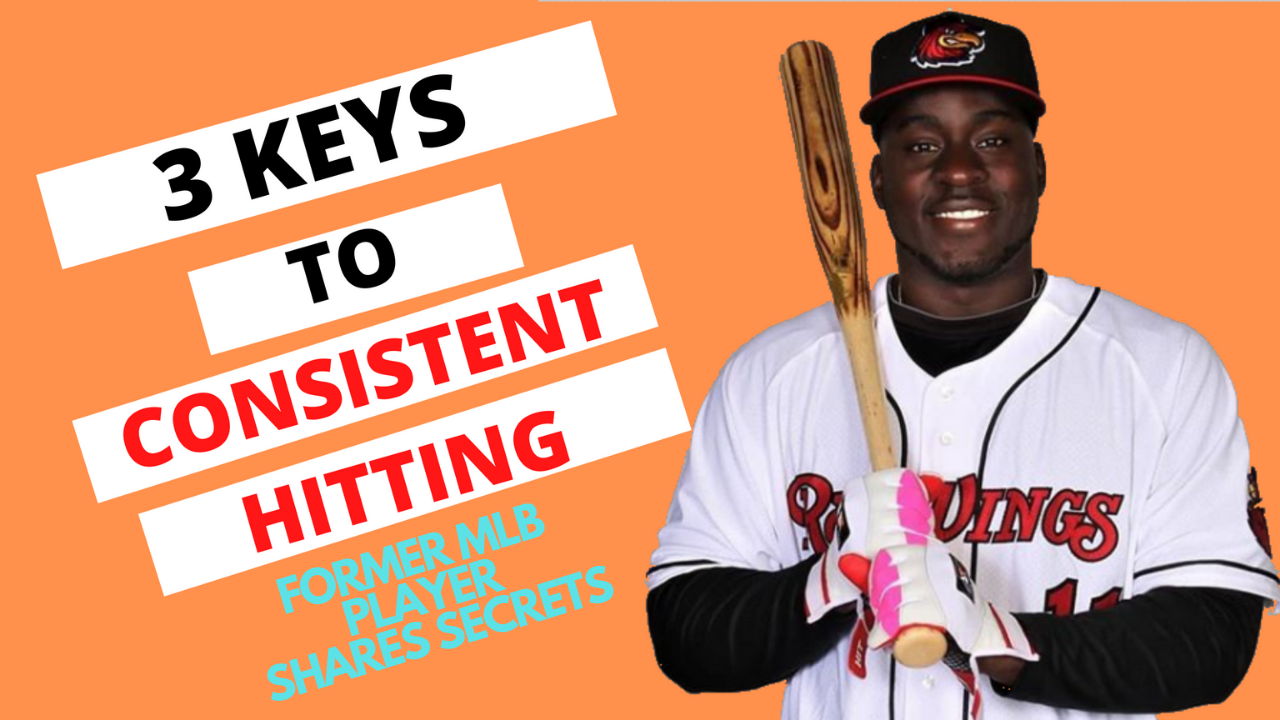 "HOW TO BE A CONSISTENT HITTER IN BASEBALL"

So when I was younger, I was playing in a game and we were losing by a lot.

But, we started to come back. In the last inning, things were going well...I think we scored 5 or 6 runs.

Finally, It was my turn to bat. There was runners on 1st and 2nd with 1 out.

My heart was pumping out my chest and my adrenaline was at an all time high.

I start walking to the plate and then something happened...

I heard that little guy in my head say "don't mess this up." (You can already tell how this story is going to go)

I walk up to the batters box, I take a deep breathe, and then I get a good pitch to hit.

As I'm walking back to the dugout, my teammate who was always a crap talker said... "Way to go rallykiller."

(When he said that, that stung. I felt a sharp pain in my stomache and to be completely honest with you, I was embarrased.)

But, it was at that point where I knew I wanted to be a consistent hitter.

(I also wanted to be a consistent hitter because I wanted to give myself the best chance of getting a scholarship to play in college... but I had a few struggles)

The external struggle I was having was that, I was a ery inconsistent hitter. I would have days where I was on but most days, I wasn't.

(and you know that's just not going to cut it. Especially, if you want to seperate yourself)

the internal struggle I having was that, since I was hitting so inconsistent, I felt like a failure. I, honestly, felt like I couldn't reach the goal.

(so now I am at a batting cage hitting, and in bettween rounds, it hit me...I should study the players in the big leagues who were consistent hitters... and That's what I did)

I would record them with on my vhs and then I would re-watch their at bats and stop the video upon contact.

at the same time, I still was playing games and (I was still getting carved up. I was barely making any progress. It got so bad...I thought about quitting)

I was up at the plate with no one no one out. As I was walking to the plate, I did something a little different.

I said to myself, "What would Tony Gwynn do?"

(I referenced Tony Gwynn because he was known to be a consistent hitter. He could probably flip the bat around and hit with the knob and still hit 300.)

When I said "what would Tony Gwynn do?" the answer immediately popped into my head.

I said to myself "he would walk with his head high to the plate, he would look for a pitch that could drive to the opposite field, and he would be telling himself that he was better than the pitcher"

so I finally got in the box, I took a deep breathe and got a pitch that I could drive into right center.

As I ran to 1st base, it felt like it had clicked.

I ended up hitting 350 for the season... the next season I did even better and then after my high school season, I continued my baseball career by getting a scholarship and playing baseball at UCLA.

(ok so what are 3 actionable takeaways from this story that will give you consistent results?

The first thing you need to understand is that every good productive hitter has a plan. Before you step in the batters box, you should have a plan of attack. And you can get this plan, by being a student of the game.

What I mean by saying student of the game is that watching the game with the intention of learning.

See... Most players sit in the dugout and they turn off... they use the dugout like a resting period before going back on the field for defense. This is a great time for you to study the pitcher.

Ask yourself a few questions...what is his plan of attack? You can learn this by watching where the catcher sets up when the pitcher faces different players on your team.

Another question is What's his best pitch or in other words, strike out pitch? What pitches does he throw with runners in scoring position? If you ask the right questions, you will get the right answer... Then you can create your plan.

Let's say for example, runner is in scoring position and you're up to hit.

But since you were watching the pitcher and being a student of the game... You notice that he throws curve-balls early in the count when a player gets on second or in scoring position.

Now, you have a plan of attack. You can now look for that pitch because you know he will throw it.

If you don't know what the pitcher throws, look back to where you had 1 of your best games and ask yourself where did you hit those pitches? what were the locations of those pitches? Then use that location as your plan of attack.

Pro tip - your job is to create your plan when you are in the dugout and then when you get on deck you get the pitchers timing. Here's what you need to understand... different pitchers will have different timing.

The 2nd takeaway is hit the ball to the opposite field gap.

But, when you hit the ball to the opposite field gap, you allow the ball to travel or in other words, you are letting the ball get deeper. The benefit to allowing the ball travel more is that you can make better decisions.

For example, let's say a pitcher has a good slider. He throws you that slider and it looks like a fastball... and as youre starting to swing, you notice it sliding away from you.

Since you are seeing the ball deeper, you can stop your swing. See the higher you go up, what makes players successful are the pitches that they do not swing at.

By allowing the ball to get deeper, you will not get fooled. This means you will be in more hitters counts and the game will be much easier and fun.

The Last takeaway is confidence.

The way you walk up to the plate and the way you think will drastically improve your ability to be a productive hitter. Let's take for example, Player A and Player B.

Player A walks up to the table doubting himself, his head is looking at the ground, and he is slouched over.

And player B, walks with head high like he is on a mission, says to himself " he is the man and he is going to crush this pitcher". Which person do you think will have the better chance of getting a hit?

I want you to comment below the answer... don't be that person who watches the video and don't comment. Please Take the time to comment below...I'm going to give you a few seconds.

As many of you have probably guessed, player B will have a better chance. The reason is because he has no pressure on himself and isn't holding himself back.

He is confidence and he has a presence. He knows he is the MAN.

ok so just to recap...if you you want to get consistent results, create a plan before going to the plate, let the ball get deeper, and walk with confidence.

The reason you want to create a plan is that you will be more selective with the pitches you will hit.

This means that you will force the pitcher to throw it where you want it and that will produce more base hits, doubles, and consistent results.

This means you are not going to fooled on off-speed pitches, and you will be in more hitters counts so you can be the consistent machine you are meant to be.

Lastly, you want to walk with confidence so that you can give yourself the best chance of getting the results you desire. This means you have a presence out on the field and college coaches, and scouts notice you.

OK... that sums up my 3 keys to being a consistent hitter.

OK so i'm going to flip it over to you, answer 1 of these questions below - so what tip did you like most from this video? Or What is a the #1 problem you are having right now in baseball? comment below!

Thank you for your time...I'm former MLB player Jermaine Curtis and I am fighting for the person who wants to improve there baseball performance so they can reach their dream and I'm fighting against lazy baseball players.